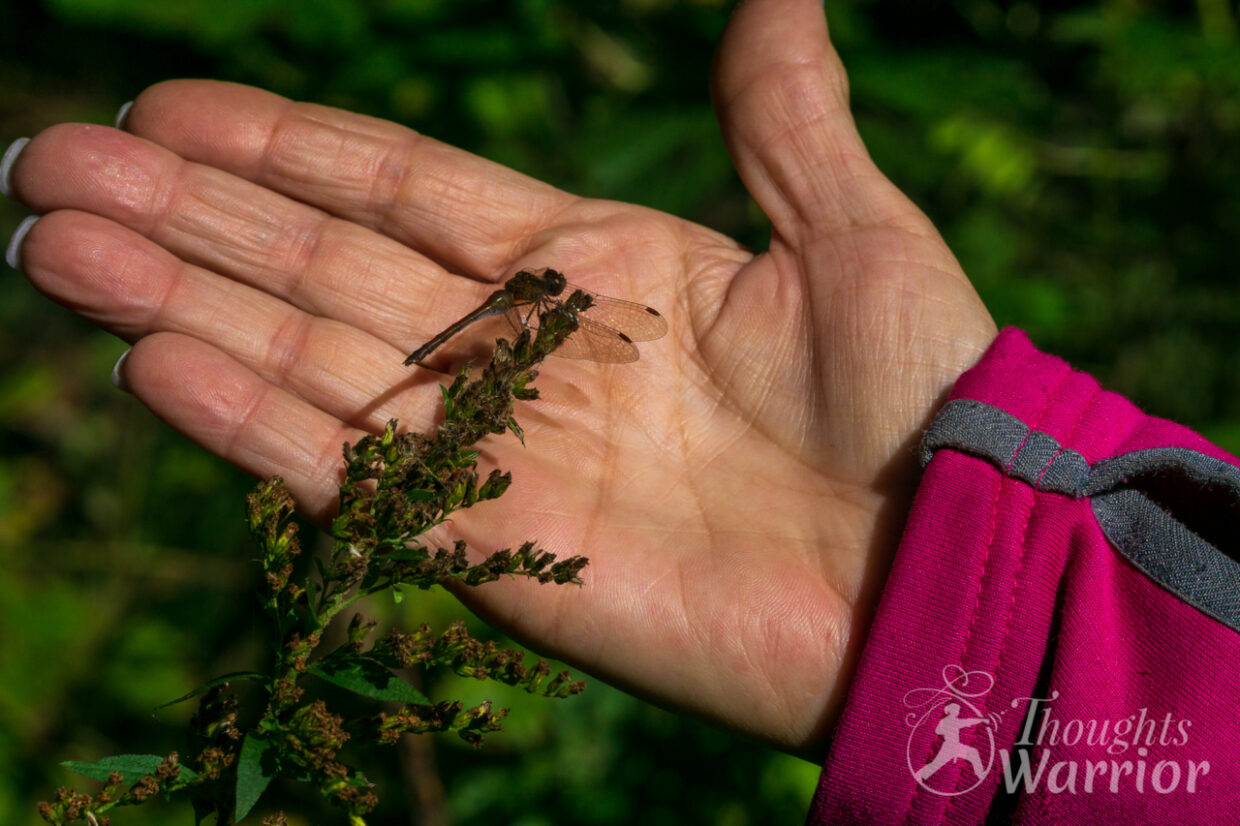 “In the bottom of an old pond lived some grubs who could not understand why none of their group ever came back after crawling up the lily stems to the top of the water. They promised each other that the next one who was called to make the upward climb would return and tell what had happened to him. Soon one of them felt an urgent impulse to seek the surface; he rested himself on the top of a lily pad and went through a glorious transformation that made him a dragonfly with beautiful wings. In vain he tried to keep his promise. Flying back and forth over the pond, he peered down at his friends below. Then he realized that even if they could see him they would not recognize such a radiant creature as one of their numbers.

The fact that we cannot see our friends or communicate with them after the transformation which we call death is no proof that they cease to exist.” –Walter Dudley Cavert, Remember Now

Most everyone in life has experienced grief.  When someone who was loved deeply dies, a part of yourself dies as well.  One may not recognize that there are certain parts of you that others bring out.  Sometimes these parts of you are so small you don’t recognize the impact until that person is gone.  One works through shock, emptiness, loneliness, and pain.  Eventually, the realization hits, that you will not be the same person you were.

There are many legends and stories about the dragonfly, but the one above is my favorite.  They say that dragonflies appear to show you that a loved one is near and watching over you.  They are unrecognizable unless you open your heart and feel the presence of the one you are missing.  However, what about the grubs left behind under the water?  How do they go on?  Do they feel abandoned, or do they feel left alone?  Are they truly alone?  Did a part of them leave with their friend?  Will they recover that part, and do they want to? Does another grub step up to take its place?

The trip and the visitors

Yesterday I spent the day floating down the river with my best friend’s family.  The trip is an annual event her daughter and son-in-law organize.   Cheryl and Carl were looking forward to this year’s trip and I was going to tag along.  At first, I wasn’t sure I wanted to go, I didn’t think I could do this without her with me.  For you see, I am the one who lacks confidence when it comes to social events and gatherings.  Cheryl lacked confidence at work.  We balanced each other in many ways.

However, my own words came back to me, “we will get through this together”, so I got my float and dragged my butt out of bed early to get to the river. My feelings for the morning were a mix of grief and guilt.  Guilt that I should be going and they could not.  Does a dragonfly feel guilt when it can’t go back as promised?  These feelings went away quickly with one hug from their son-in-law.  He too has been struggling with the grief of losing his best friend.

After a Dunkin Donut bathroom run, blowing up about 20 tubes and cooler tows, we piled into the river for a slow start.

In fact, so slow that Jon had to come to pull me out a bit because my arms and legs were too short to propel myself out.  We latched together and started our float down the river.   From the beginning of the trip, these two dragonflies decided my foot was a great place to “hang out”.  I don’t know if they were the same pair the entire trip, but there were two pretty much the whole time.

We managed to get our butts snagged on a few rocks in the rapids, detached at one point, and floated in different directions but made it to the sandbar lunch spot without any major incidences.

After lunch, we set sail (or rather afloat) again

Since the river was slower and to better allow for conversation the majority of our little parade connected tubes in a circle and floated as one big Disney ride.  The kids entertained us with their swimming, singing, and bottle tossing.  We floated, talked, and just enjoyed being together.  Along the way, we picked up a couple of hitchhikers.  I don’t know if it was a particular pair or many different pairs, but dragonflies floated along with us.  It was a comforting feeling, as we discussed the meaning of the dragonflies.

These ancient creatures have been around since the dawn of time.

Maybe the legend of the dragonfly is true.  Perhaps in some wonderful way, these beautiful creatures are meant to remind us that there is something always more amazing and everlasting on the other side.  They can’t speak to us, but they can show us that our lives as grubs will transform us into creatures of beauty.

Our float down river ended after 7 hours when some kindly boaters took pity on our little lot.  We were lashed together and towed the last mile or so, parade style.  Complete with Disney “It’s a Small World” carrying over the river.  We were sunburned, tired, and water-logged.  However, we were together, creating a memory.