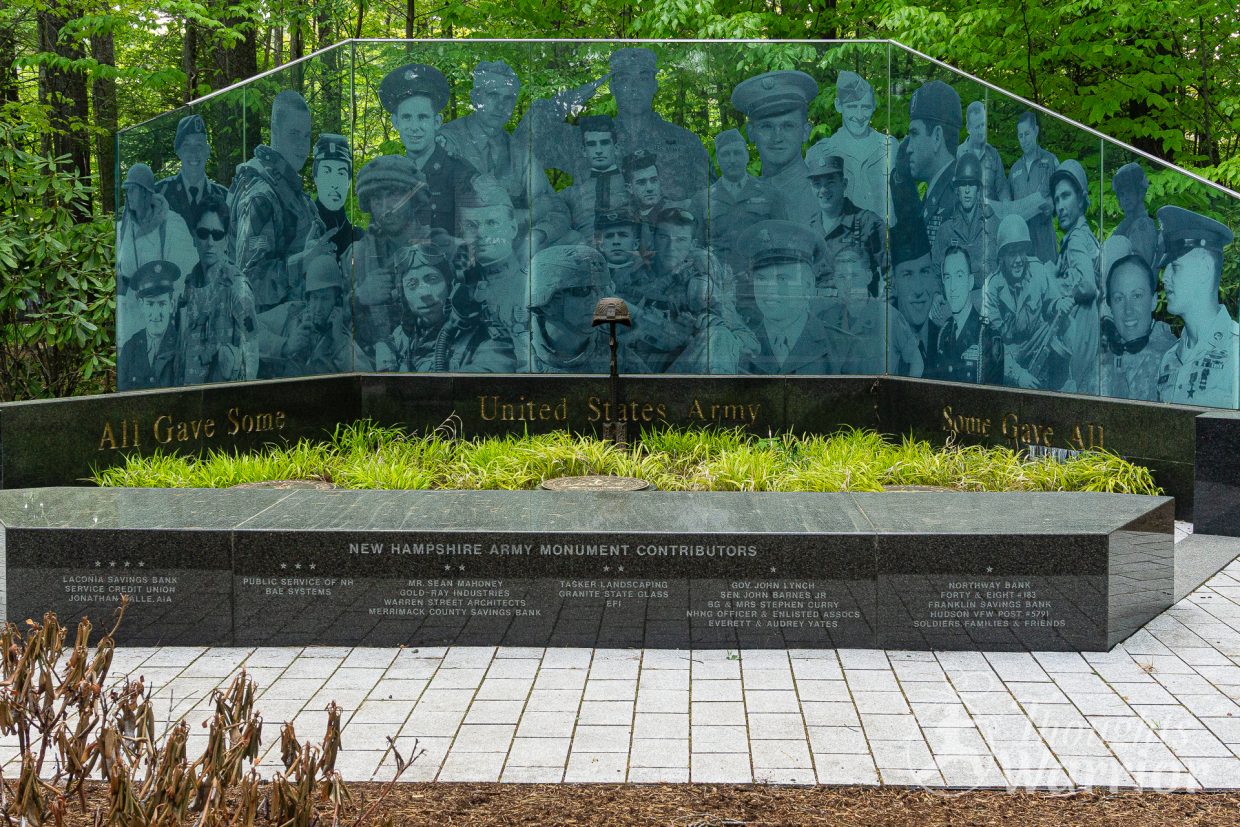 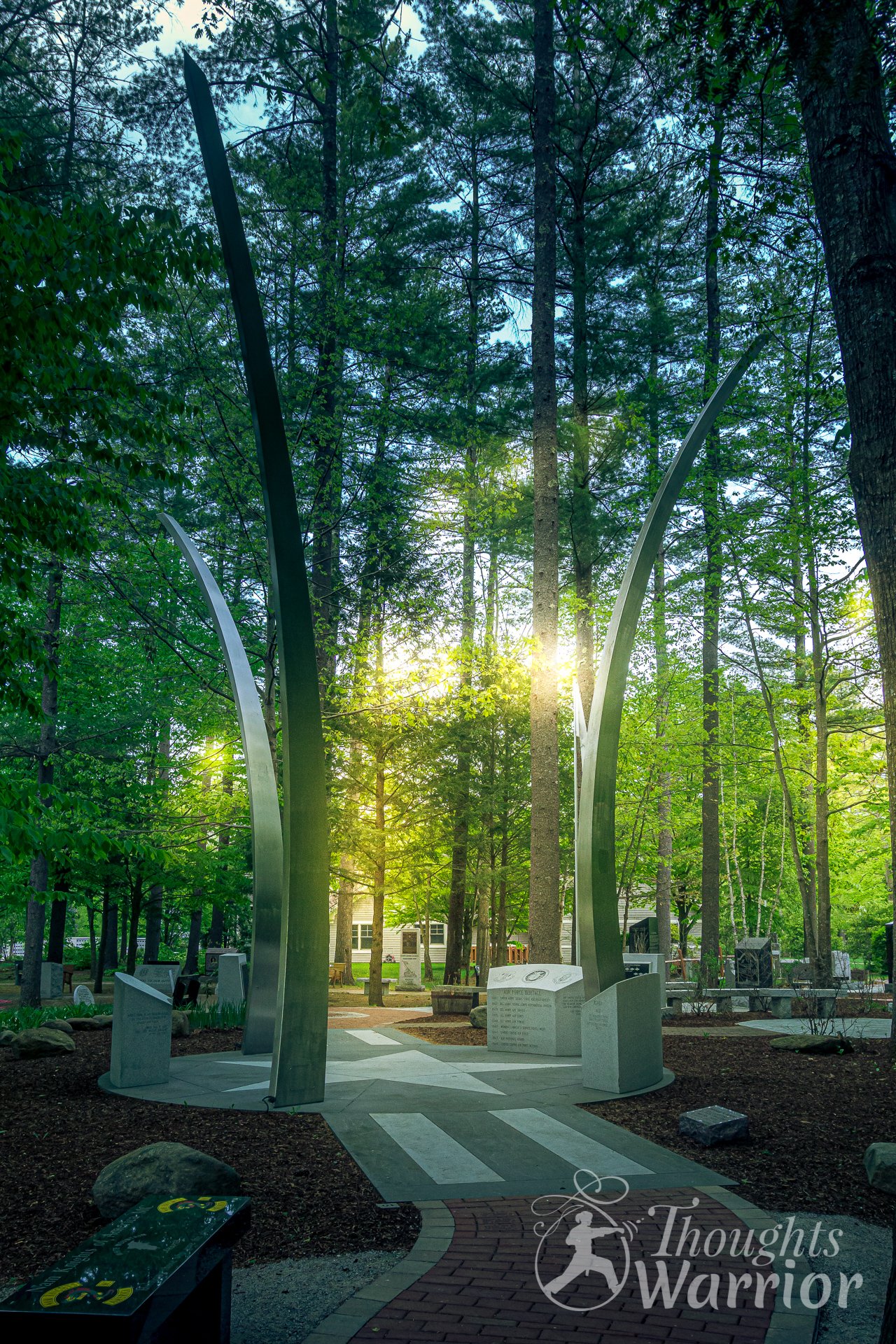 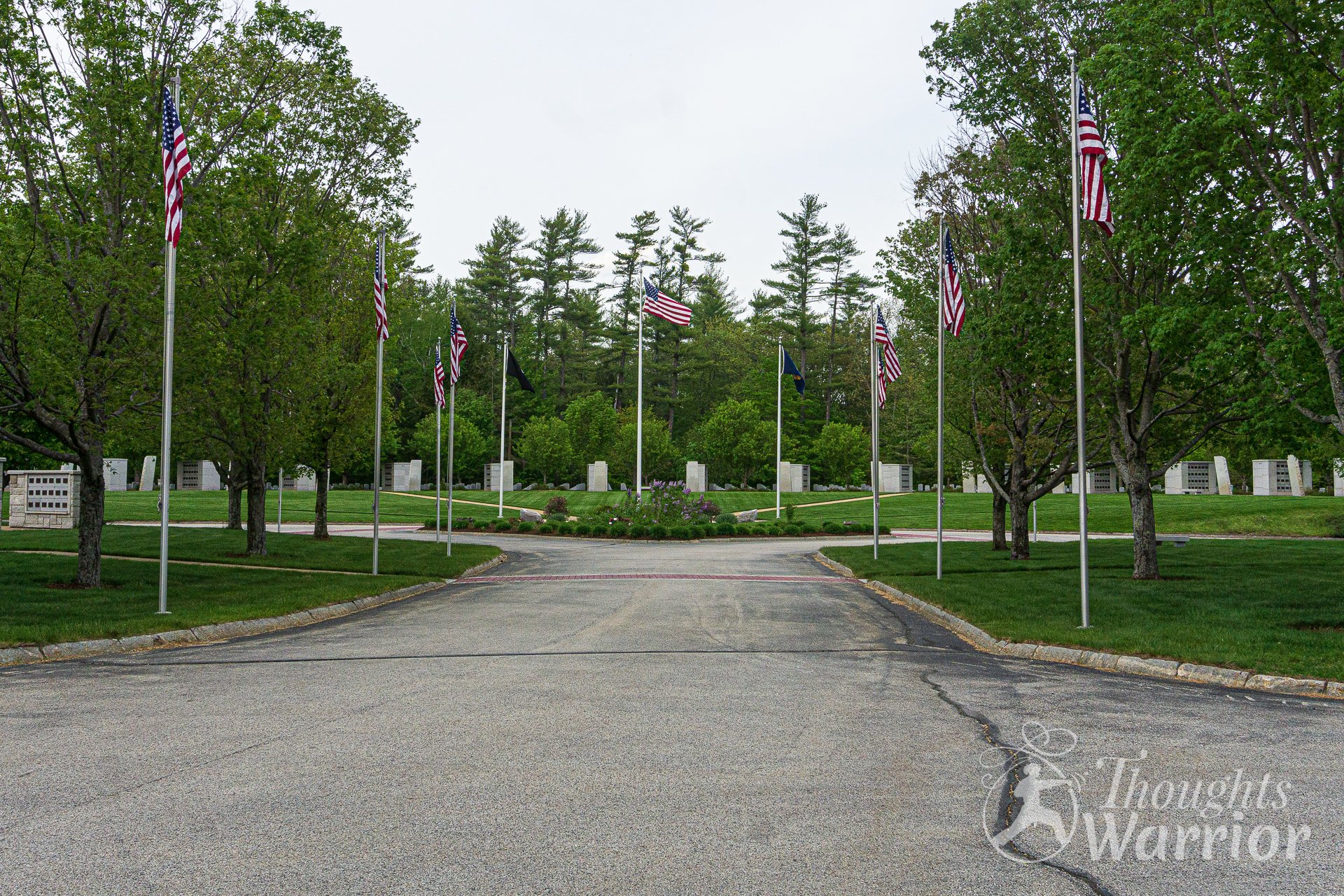 Today I walked among them.  Standing in rows and columns, spaced precisely apart.  Straight at attention, in death, as they were in life.

Twice a day for the past 7.5 years I have passed them.  They silently peer out at me as I drive by.  Surrounded by flowers and flags, as neatly spaced as they are.   They are warmed by the heat of the sun in spring and summer.  Blanketed by leaves in fall, and snow in the winter.  I am always in a hurry to get to work or to get home that I have never stopped.  Today I pulled in.

Immediately I was struck by the immaculate landscape.  The bright greens, trim trees, and colorful flowers.  I imagined the contrast for them, as to how they earned their place in this lovely resting place.  They lived (and many died) in foreign lands, jungles, trenches lonely hospitals, and in too many cases, city streets.

In this place, there is no prejudice.

The men and women of many races, religions, lie together as they fought, united, for there are times when you cannot afford to be prejudice.  I was greeted by music played over a loudspeaker.  The hymns of the various branches of the military filled the air but stopped at 5 pm leaving a peaceful, still quiet in the air.  The stillness was interrupted at times by the buzzing of the bees and the occasional scuttling of a squirrel.  The traffic sounds from the busy road before turning in were blocked as these freedom fighters slept peacefully, free from the memories that may have tormented them in life.

As I wandered through the memorials, a name caught my eye.  Adam Brooks, Marine, November 28, 2004, Iraq.  I was suddenly flooded by memories of a high school boy and his young sweetheart, hanging out by the pool and playing with my boys when they were little.  Adam graduated High School in June of 2003 and left for boot camp in August of the same year.  His dream was to be a Marine.  Our country was still in shock from 9/11 and there was a Global War on Terrorism.

Adam wanted to make a difference.

He returned in May of 2004, transformed into a lean, handsome Marine, dressed in his uniform.  He and Ashley married on Memorial Day (May 28, 2004) and he was sent to Iraq days later.  Adam was killed in action on their 6 monthly anniversary.  He, like the others buried or memorialized there, wanted to make our country safer for future generations.

I walked among them today and I felt humbled.  Humbled that these graves are but a small representation of the Americans who have fought and died so that I could be free.  I wept as I walked.  I wept for the mothers and fathers whose children selflessly sacrificed for our freedom.  For the young brides whose husbands never came home. I wept that these men and women have such a beautiful place for eternity, yet so many of their comrades lack basic housing and medical care in this country.

I wept for those who are tormented by the horrors of what they witnessed or did while fighting for our freedom.  Who self-medicate because they don't have access to proper mental health care.  Finally, I wept for a county that seems to have forgotten what the generations before us have sacrificed.

Yes, I walked among them and I heard their voices tell me, not to give up hope.

Only when there is hope, there can be change.  As I climbed into my car, I sat and said my thanks to them.  Thanking the generations that came before me, and the generations of fighters to come. 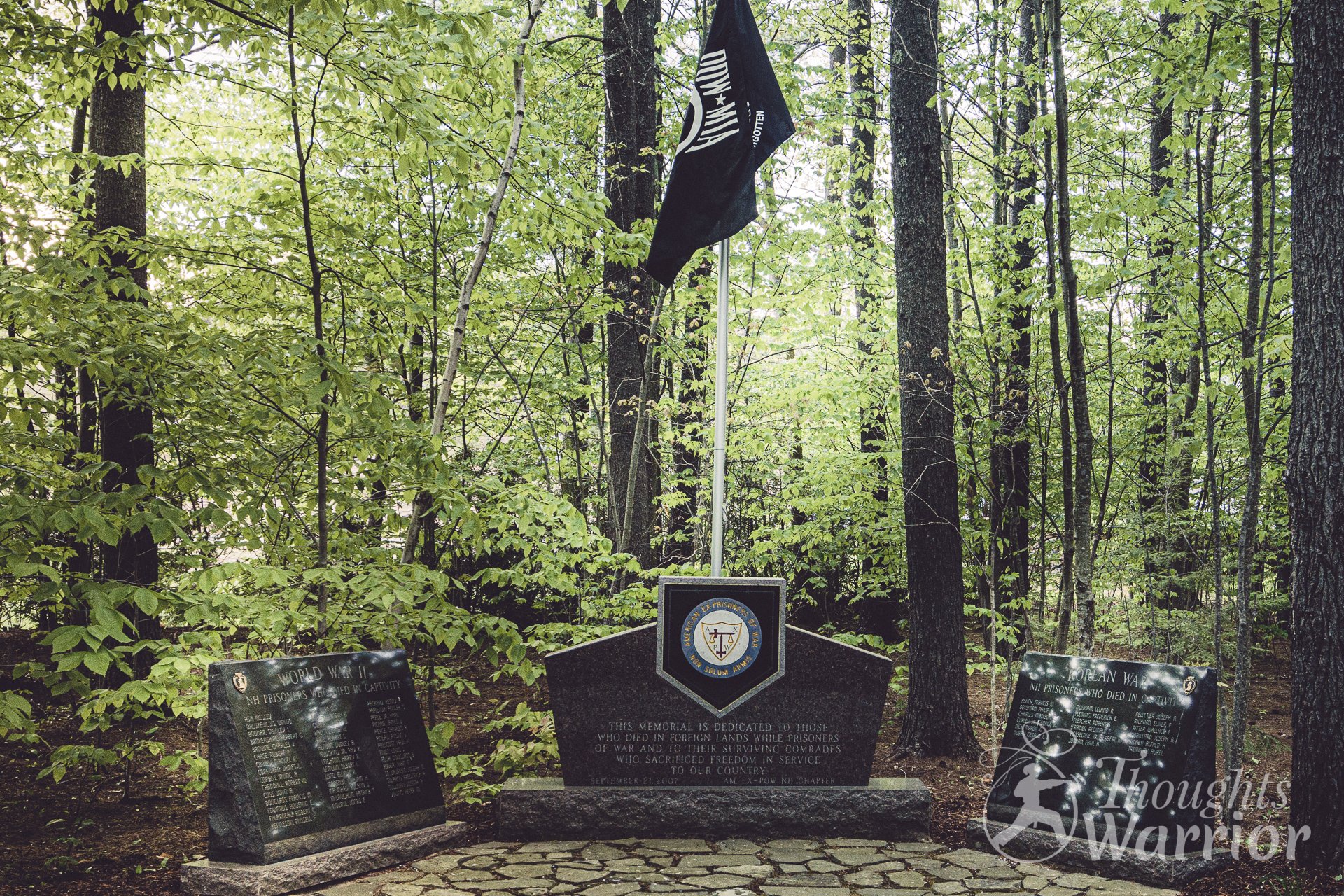 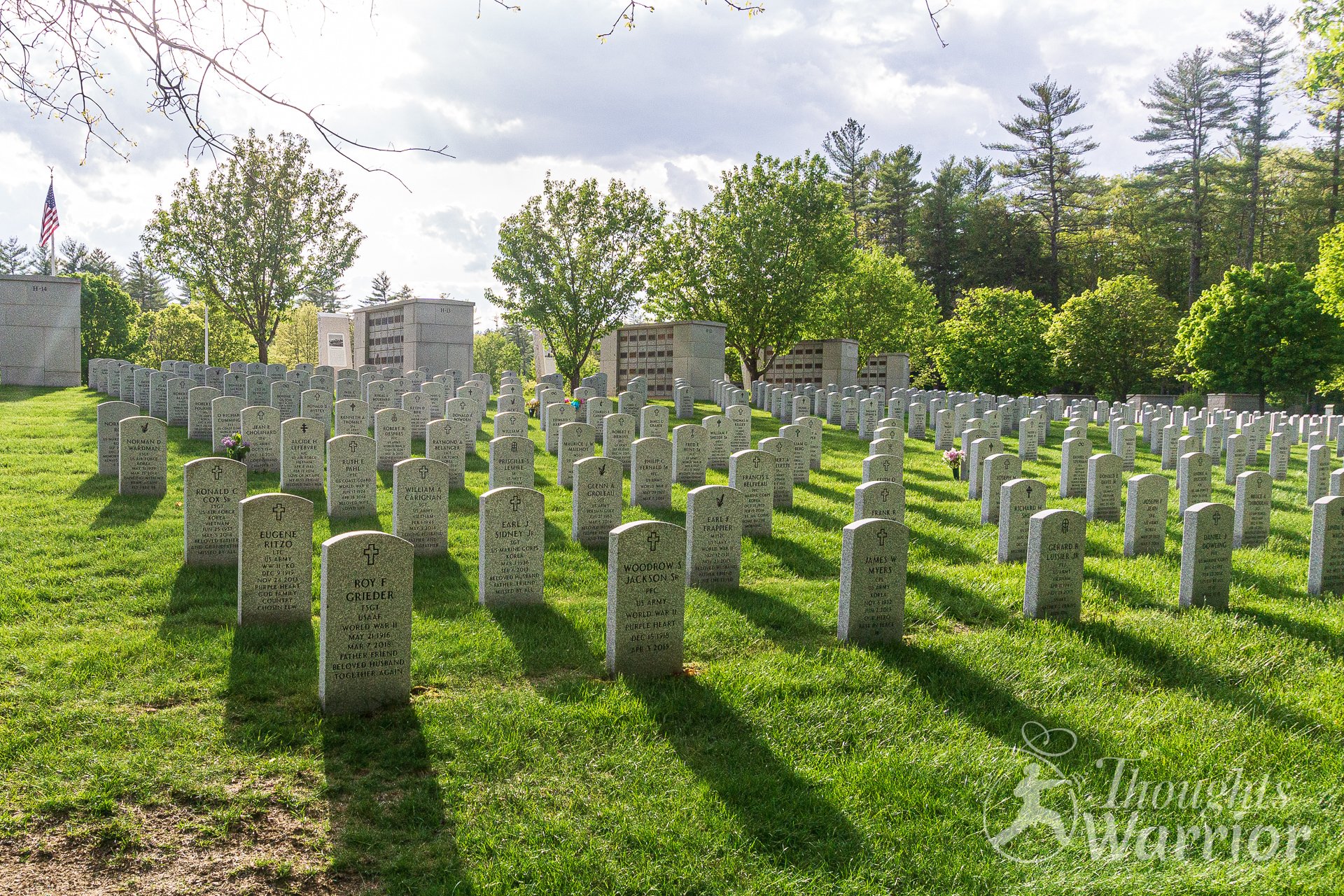 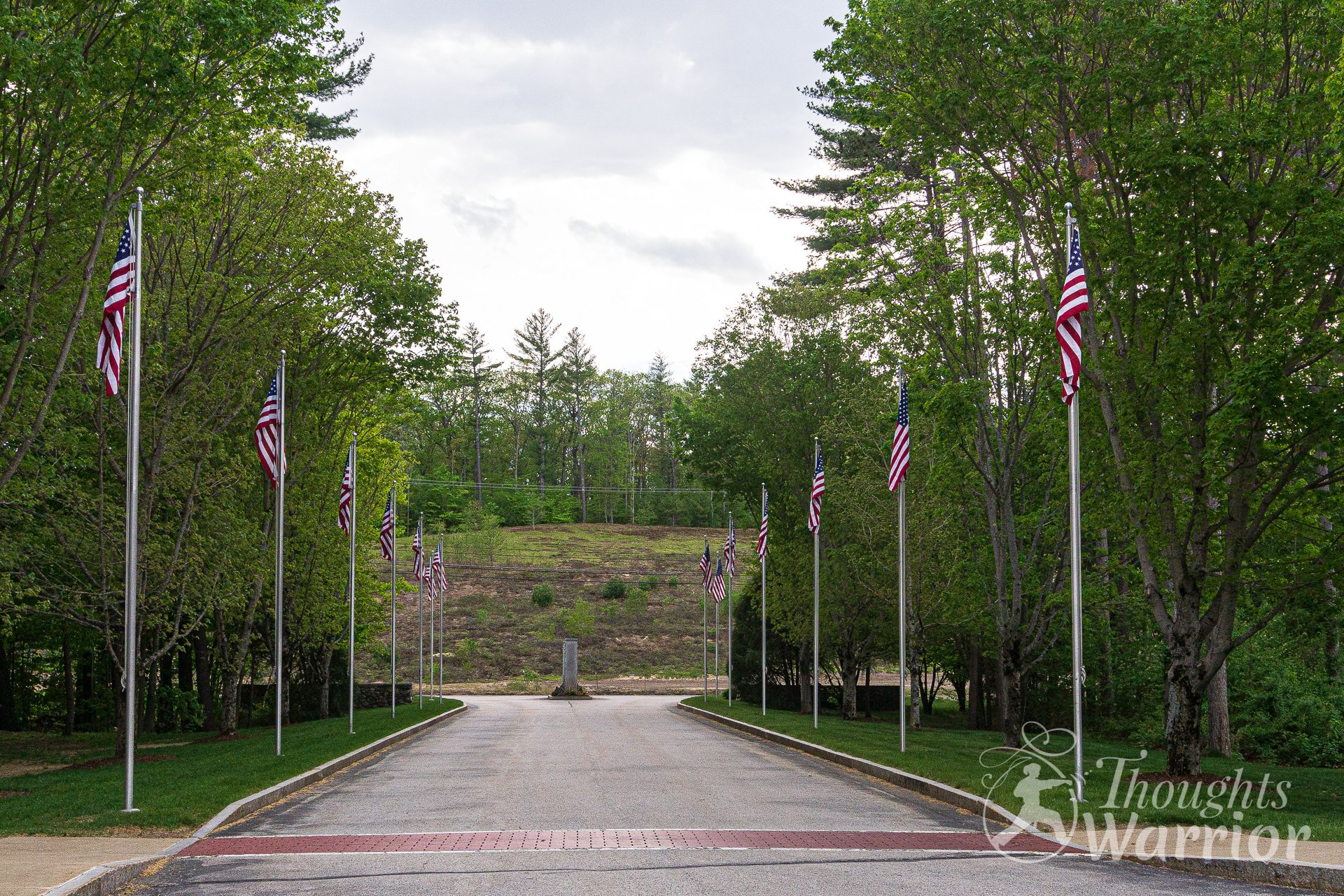